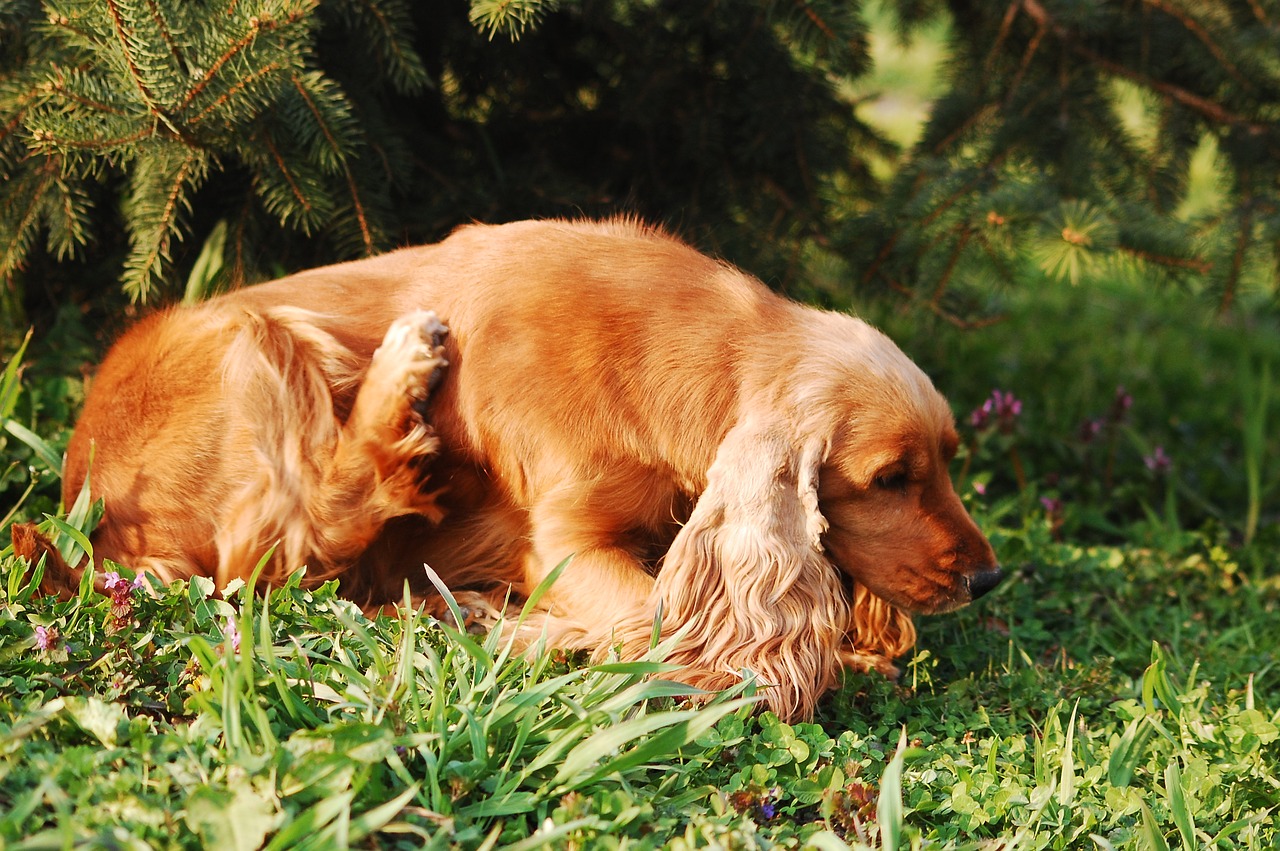 Well, our long hot summer seems to be over… which means the year is turning to the  “mists and mellow fruitfulness” of Autumn. However, sadly, our year-long battle with the parasites that like to live on our pets isn’t over – in fact, one of the more dangerous periods is about to begin. In this blog, we’ll briefly recap the risk from ectoparasites (those that live on the outside of the animal), then talk about why Autumn is such an important time of the year, and then discuss how you can protect your pets. 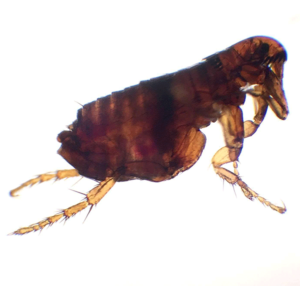 There are several flea species in the UK; however, the most common is the Cat Flea, Ctenocephalides felis. Unlike most of the the others, it happily jumps from cat to dog to rabbit to human and back to the cat, feeding off everyone. As a result, its more fastidious cousin the Dog Flea is much rarer. However, the life cycle of all the common fleas is the same, so while we’re focusing on the Cat Flea, the same is basically true of the Dog Flea (Ctenocephalides canis) and the Rabbit Flea (Spilopsyllus cuniculi).

While most of us know that these parasites drink blood, it is in fact only the adult that sips it directly from the veins of their victims. 95% of the flea population is in fact living in your home or your car, hidden away in the upholstery, the carpets, the furniture, even the dust in cracks on the floor. The eggs laid by the females (up to 3000!) develop and hatch out into maggot-like larvae, that can eat dust but like adult flea droppings best – getting their blood meal at second hand, as it were.

When they’re fully grown, the larvae form a cocoon (like a chrysalis) called a pupa and develop into adults. In this “pupal stage” they are virtually immune to insecticides and can lurk in wait for a new host for months or even years, before hatching and completing the cycle.

Flea bites are itchy and irritating, but they can be a lot more dangerous than that… 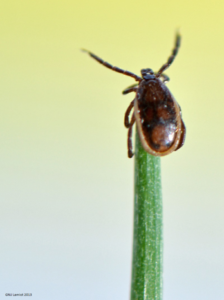 Most of the ticks in the UK are “hard ticks” of the Ixodes family. Again, there are several species, although the most common is the Sheep Tick (Ixodes ricinus). These are blood-suckers too, but in this case all 3 life stages (larva, nymph and adult) will suck blood. Classically, the egg hatches, the larva (a six-legged version of the adult) sucks blood from a small animal like a mouse or rat, the nymph feeds on a medium-sized animal (a rabbit or cat, for example) and the adult feeds on a large mammal (a sheep, deer, dog or human). That said, they can feed on other prey, this just seems to be their preference!

In most situations, they have a 3 year life cycle – after feeding, the tick falls to the ground and spends about a year developing into its next stage. However, under ideal situations, they can complete that development in as little as six months per stage.

Ticks can also cause anaemia in severe infestations, but the more significant risks are infection – local abscesses (if they are pulled off leaving the heads inside) or blood-borne diseases like Lyme Disease which is transmitted by several UK tick species. There is also increasing concern about the parasite Babesia canis which appears to have become established in the UK’s population of Meadow Ticks (Dermacentor reticulatus). This disease causes severe anaemia as the parasites kill the red blood cells, and is frequently fatal.

So why is the Autumn so bad?

That mild outdoors temperature, combined with high humidity and rainfall, is also perfect tick weather – which is why the majority of tick infestations occur in the Spring and Autumn. After a cold, late Spring, the ticks may well want to make up for lost time this Autumn…

How can we control them?

There are a wide range of anti-flea products available for dogs, cats and rabbits. It is important though to treat the environment as well – as we saw, most of the fleas are living there! This can be achieved with insecticidal sprays, or by using one of the modern flea treatments that contains an environmental control product like S-methoprene but can be applied directly to the animal.

Ticks are harder to prevent – although there are some repellent products for dogs and, arguably, rabbits, they are fatal to cats. However, ticks do not usually transmit infection until 24-48 hours after biting, so any product that can kill them in that time window will massively reduce the risk of infection. You can help too, by checking your pet over carefully every day and removing any ticks with a good tick-hook (by twisting them out, you don’t leave the head behind).

We would, however, advise against using pet-shop bought products, as these are usually less powerful and less effective than the prescription-strength versions our vets can prescribe.

If you want help with controlling parasites on any of your animals, do give us a call!